The team kill count stopped updating about ten minutes in. Blue team were stuck on 302 kills
The leader board didn’t load properly at the end. I got the headers and side bit, but the table didn’t load.

Fixed for this week

I noticed that it sometimes turned into spaceship soup in the middle, and I think ship diversity would help that.

Maybe that’s something to think about, try to add a new indicator somewhere in the interface to locate more rapidly where is the shooter(s).

Yeah this really was a fun session. The turbo effect is nice. I agree with Konduur about being able to know where you are getting hit from. I can never tell where it is coming from. In the off chance I will turn around and find them, it is to late. Some indicator would be grand, otherwise it is hard to tell which way to juke. I made the wrong choice nine times out of ten.

The in-game tally board showing the last 9 events of who has been damaging you is the first step.

It currently looks like there is a mismatch going on in the new client/server messaging - we are investigating.

It currently looks like there is a mismatch going on in the new client/server messaging - we are investigating.

Well, I experienced these problems as I could fly around and watch the battle but could not affect it in anyway. I did not take damage either and I am just wondering if anyone else could see my ship.

Welp, that was interesting. I take it many people experienced problems? I saw you flying around as Awesome2.

For me, whenever I shot someone I took the damage myself. It was fun to see just how fast I could kill myself.

How Practical Chrome got 4 kills is beyond me.

I took a look at the results page and it does look like everyone experienced problems. [quote=“PsychoRomeo, post:6, topic:193”]
It was fun to see just how fast I could kill myself.
[/quote]

I had trouble killing myself as I went down to no health left and did not die. Definitely interesting.

Are we still wanting me to upload a video? I accidentally fat fingered f10 when trying to make the game fullscreen and cut the video in half, so there’s a few minutes in the center that will be missing.

First off I am liking the controls, an especially the bullets going on in a straight line, which made it much harder to hit someone.

-There were the obvious lag problems when it occasional freeze and the continuous disappearances like something from a Stephen King story.

-I think there was something with hit collisions or health, because it seemed like my shots either did less damage or they weren’t registering. A lot of times I was right behind an enemy and I was hitting him for a while, but their health seemed to stay the same. Sometimes their health was gone but they wouldn’t die, and it happened to me as well, where I had no health but I was still alive and my screen kept flashing red.

-The “Friendly/Hostile” recognition seemed to be off as well, because I had some trouble at first figuring out who was an ally. I would aim it at a hostile and it would say “Friendly” and then switch over to “Hostile,” and vice versa on an ally. It seemed like it first marked the last one targeted, so if I targeted a friendly and then a hostile, it would mark it as friendly and then switch to hostile.

-I wasn’t sure how to read the chart on the right that listed the targets and targeted. I’m guessing it’s maybe supposed to be like an update list like you see in FPS games where it says who kills who, as in “Michael23 [C4] WingMan854.” If so then I couldn’t read it and it made no sense to me.

-The spawning radius seems to have helped make battles more spread out so that there isn’t one big battle going on. The only thing I have to complain about there is that when I spawned I no longer faced the battle, so a lot of times I assumed everyone just disappeared again.

That would be great, Romeo. This test had many issues so we could use your point of view. And thanks again!

Wow, there were all sorts of anomalies, sorry about that!

We currently believe the client and some of the server layers were version mismatched. Server messages to the client weren’t always what the client or the intermediate routing layers were expecting and it would sometime read the wrong message length meaning it would start parsing the next message from the wrong place, leading to general message data scrambling.

However that doesn’t necessarily explain all the issues, and there are a lot of moving parts, so please feedback any and everything you experienced.

We are reviewing the logs to understand what happened better. I can only apologise to our regular playtesters for this vastly sub-par experience compared to what you have been used to, we will strive harder in future.

I had 3 different times when I got the connecting please wait message.

One of my “kills” that I got, I hadn’t fired, so…I shouldn’t have been able to kill anyone that time

I also didn’t even have anyone in front of me. So, someone just sort of died.

Overall, I actually enjoyed the game more this week than last week.

There was a bit of a cluster-mess still where the battles were centered, and I agree with some other posters that it was sometimes too difficult to tell where hits were coming from. I’m not sure what the change was this week (if it was in the game, or in some strategy), but I did feel as though it got a little easier to track down someone hitting me and hit back at them.

Alrighty. This one is unlisted, unless you guys want it listed. 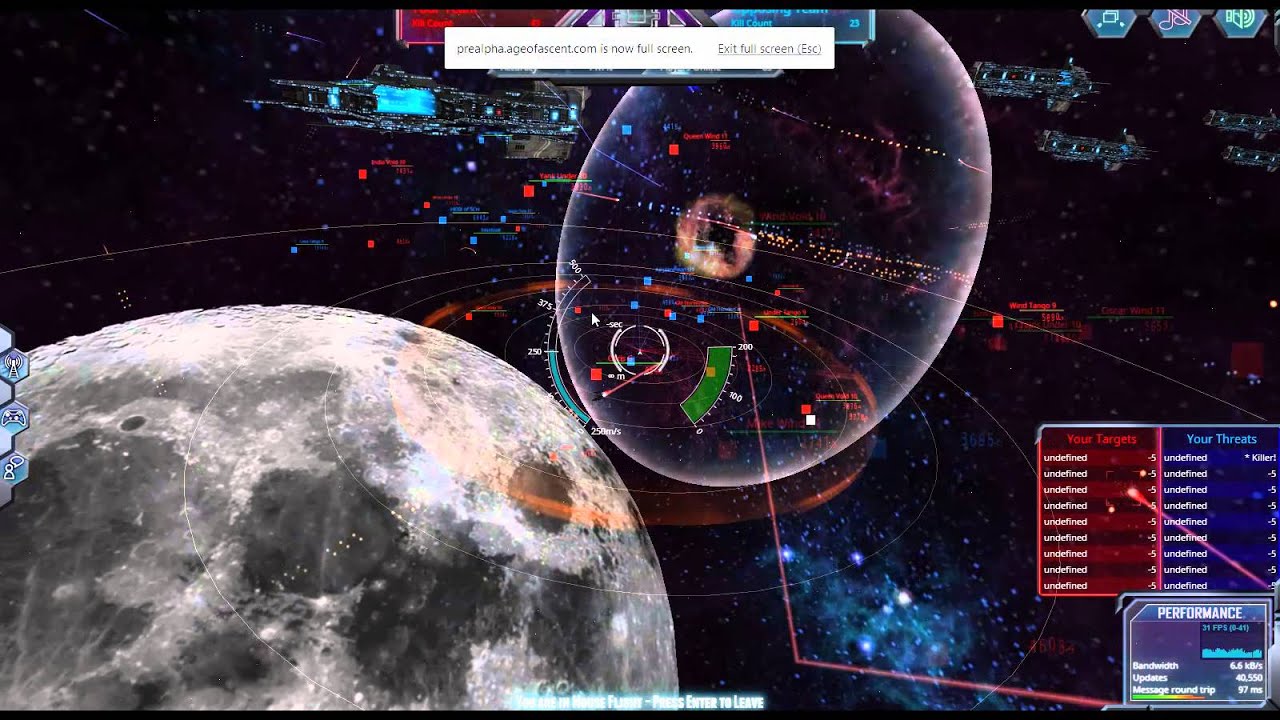 Also I noticed on the map for the first time the lines that indicate how far above or below something is from the tac map’s horizon is. I like that.

Thanks Romeo! The videos are always nice to have.

Updates for this weeks test:

Release notes are available for this weeks test and its a big one!