Check out these release notes. Short but awesome:

If I understand correctly, this means that the ship can aim at a place that is different than the mouse cursor correct?

Will we see a crosshair for both?

Hi Thundercat, awesome as ever, but again the table of stats did not load at the end of the test run. I am using firefox if that makes a difference.

Yehaw. Snagged Ubuntu there at the last second.

Had some major issues with the mouse bounds in the beginning. Couldn’t figure out why it was affecting me so badly for the longest time. It would not be an exaggeration if I said I was spending ~5% of my fly time with the mouse out of bounds. Finally realized I wasn’t in fullscreen mode, then fatfingered f10 instead of f11 and cut my video. Spent a good 10 minutes getting that portion saved so I could start a new one. There was a point where I was in a dogfight with GM thundercat and we were flying in perfect circles for a good 10 seconds. My mouse went out of bounds for a split second, and suddenly I was taking streaks of plasma every round. Just a testament to how detrimental it is to go out of bounds with the mouse.

Kinda sucked in the beginning. Airplaneman was all over me and ubuntu was giving his teammates excellent cover. At one point I was chasing ubuntu and he had completely lost me. I was scanning the map when I saw this rather perfectly circular shaped blue streak trailing off my screen. Oh. There he is.

And regarding the scoreboard, it’s also last playtest that I can’t see, in addition to this one.
Edit: duh, thats because there was no playtest on the 13th… 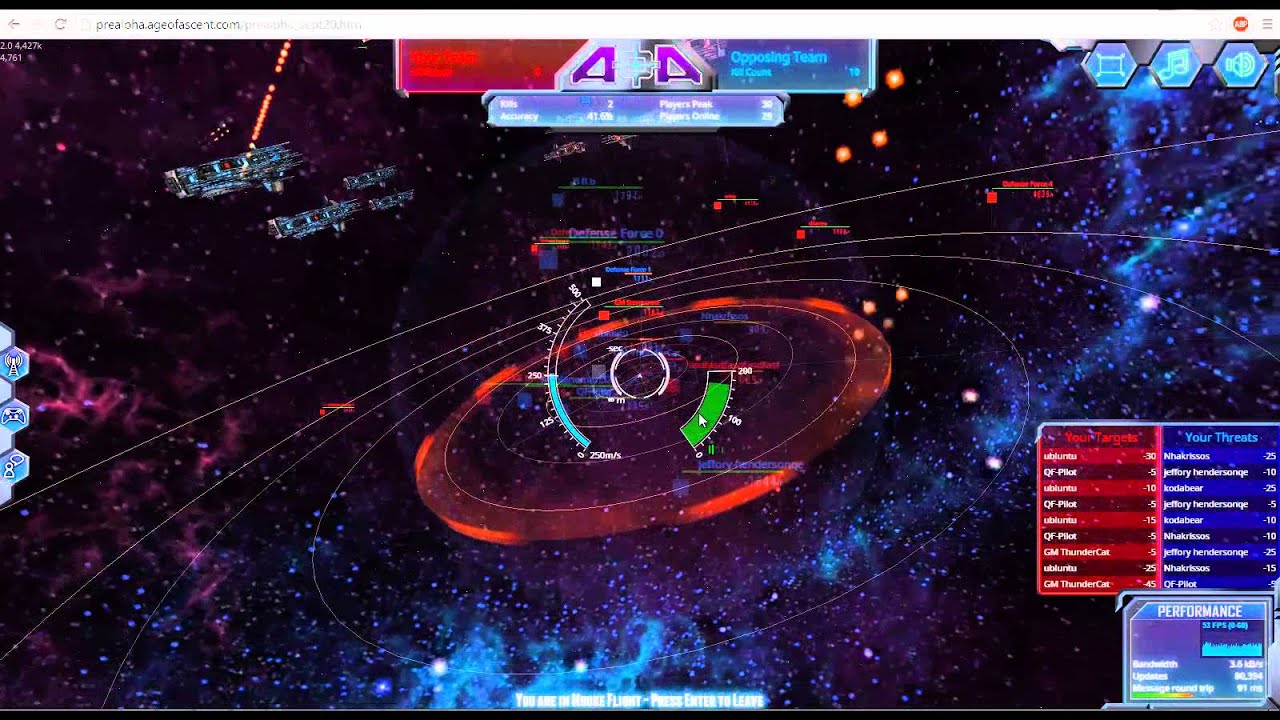 I wanted to comment on how beautifully smoothly the game runs when I’m not recording.

Alas we have lost the scores from this week

Though we have identified the issue.