Join us at www.ageofascent.com for a 30 min playtest Saturday, 21th of February, 2015 at 2pm Central US, 3pm East US, 8pm UK/GMT (Desktop browser, mouse and keyboard) 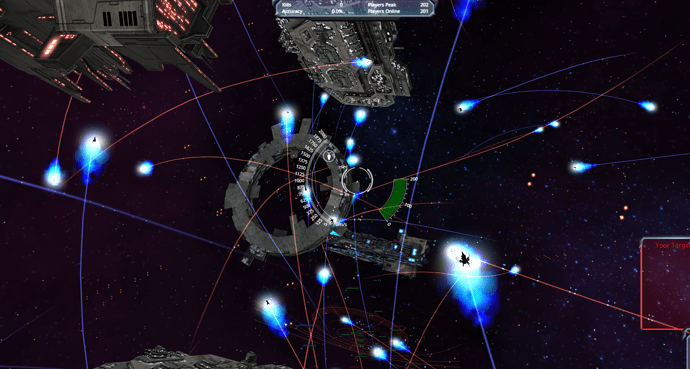 As in previous weeks please share your feedback and findings here after the test; you will be automatically forwarded at the end.

That was insane. Truly.

Speed doubled, kills cut in half. But, more dogfighting, more maneuvering. Frustrating at first, but by the end I was loving it.

Just a single issue this play through. At 7 minutes in I got kicked back to the choose name screen, I relogged immediately and it seemed to carry the accumulated hits through.

I have to say I really like both the speed and turn speed now, it suits my play style a lot more, I find it easier to stay on a tail. Though it is still really hard to get a clean kill before they boost.

Chrome crashed the tab on me while dogfighting with @PsychoRomeo near the start which was a shame because it was quite a battle!

Didn’t manage to get a single kill though

This was really fun. The only issues I had were that a quarter of the way and half way through it ended up pushing me back to the username/login screen. It was really annoying. I enjoyed this game though.

Lots of fun today. The mouse lock mode worked flawlessly. The Chrome tab crashed a few times, but worked fine after a reload.

Now… that was something trully epic

Can’t wait for the real deal:)

So at x4 speed I think we’re beginning to approach the average player skill ceilings. Much further down this road and luck will become more prevalent. Considering how little luck actually plays into the current game, the idea of skill meaning less is terrifying.

That being said, I think the fastest ships in the game should go at least this fast. But at these speeds, health needs to be reduced dramatically. Personally I vote bringing it down to 100 or 50. It’s just too hard to stay on someone long enough to do much more damage, unless they let you.

Boosting needs some work. You get your boost back before you finish decelerating from the previous one. Also, I’m beginning to notice that using boosting offensively is actually rather crippling, since overshooting for a second or two already brings you out of optimal weapon range. If you could manually cancel a boost (which personally I’m not a fan of), then this problem would cease to exist.

I can’t express enough how much I absolutely detest changing the turning speeds. I kind of understand that when the engine output is multiplied this high, trying to aim properly would be near impossible, therefore a constant was thrown in in a pinch. However, there are a few scenes where I find myself in a 1v5 scenario, and I’m freaking untouchable flying around at 200m/s using nothing but strafe to stay out of the way of a swarm of blue fruit flies. I’ll reference the video when it’s up, and I hope that’s going to be Friday or so.

With speeds this high, have you considered switching back to the direct-mouse input method vs the ship turns towards cursor input method? I think with the added control, the player would be able to wield the speeds more effectively.

Rapid fire weapons are greatly ineffective when firing opportunities are so few and far between. When speeds are this high, the main advantage of rapid fire weapons (sustained damage on target) is just too hard to utilize. I think that more powerful semi automatic type weapons would be able to take advantage of the reduced firing opportunities to punch through the recuperative elements of the shields in dogfights.

Sorry for the late and lacking response! Busy this weekend.

That being said, I think the fastest ships in the game should go at least this fast.

Agreed. I think this is the speed bracket for the fastest interceptors.

But at these speeds, health needs to be reduced dramatically.

Boosting needs some work. You get your boost back before you finish decelerating from the previous one.

Yeah, we need to increase the cooldown time on boost.

I can’t express enough how much I absolutely detest changing the turning speeds. I kind of understand that when the engine output is multiplied this high, trying to aim properly would be near impossible, therefore a constant was thrown in in a pinch.

Also agreed. What we’re essentially trying to find here is “the maximum variables whilst remaining playable, and rewarding skill”. These numbers will give us the upper end for ship and weapon parameters.

I think we’ve pretty much reached “the fastest ship”, or thereabouts. There are network latency and physics engine co-ordination issues with going much faster than where we pushed it yesterday.

Having found that ceiling, we now need to work on stabilising the numbers for the:

… which are essentially all the current parameters onboard the ship.

Many of these parameters have interdependencies, ofc - and empirically quantifying those interdependencies will also help us with the restrictions on fitting parameters. We do also have to introduce the “Heatbuild / heatsink” concept as well, which will apply further qualifications to what is and isn’t possible to fit on a ship.

Great feedback, everyone. Many thanks. We’ll try and nail some numbers down, using this speed as the fixed baseline, and have them testable next time round. 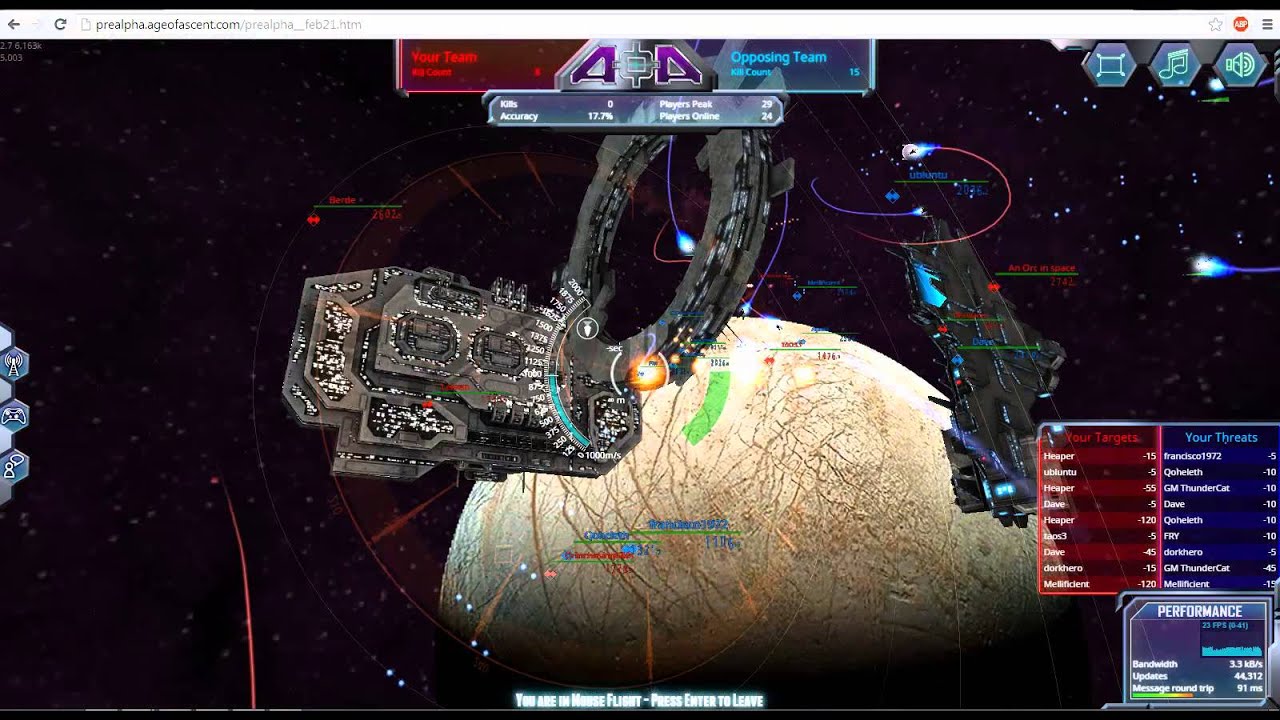 Don’t get me wrong. These speeds are extremely fun. But it’s definitely changing gameplay on a fundamental level. Example, at 9:00 we see an ubluntu spiral. But because distance means a lot less per time (due to high speeds) I am able to pace his spiral and stick on it from the side, almost completely nullifying the shock factor of the maneuver’s profile. Were I not busy admiring the geometry, I even would have been able to land a few shots.

I think that the turn rate and the strafe speed contribute to this as well. I’m not sure what to make of it, though I don’t necessarily think it’s bad… Just different.

I often found that throwing my speed down would trip people up, especially with the turn rate normalization and the strafe increase. I could pull tighter circles than my pursuers and they had no idea where I went. First example of this at about 10:40.

Though more important than that, after reviewing the video, the largest obstacle in current gameplay would be health.
The 250 is a little high, but has not nearly as big of an impact as the regeneration aspect.

If I had to think of a way that could accommodate both new and veteran players, I would say keep medium sized health pools, but limit the regenerative capacity. For example, if your regeneration hit a cap of 125% of your lowest health value that life.

This gives newer players access to regeneration, while making it so that vets will eventually take enough attrition to die.
And kind of simulates a shield generator taking damage as the main hull takes damage.

I really wanna see this scene play out the next time defense force flies through the ring (Matrix Reloaded).