When I first joined, I couldn’t control anything. After a few minutes I realized I needed to unplug both my joystick and my foot pedals, then after a refresh everything worked like a charm.

Hmm, sounds maybe related to the issue Garuluth had. TC will be in touch to try and diagnose the control input issue.

I also noticed that you could remove the HUD with H. However when I died, I wasn’t able to respawn from this state. Had to refresh the page.

Yep, ‘H’ to remove the HUD has always been there, and we’re aware it doesn’t cope well with death (you have to press tab, then ‘H’ to get the respawn page atm). This will be fixed shortly!

Did we get stats?

Everything was smooth, technically I had no problem at all. I would have loved to know how many of my friends I actually managed to kill.

Delighted everything worked smoothly for you.

You killed 22 (or so the stats tell me!) - hope to see you on the next playtest.

Everything seemed to run smooth. My only complaint would be that the red planet was unreachable

heh; yep the planet is actually part of the skybox, and is unreachable…

I even killed my wife to be able to proof that that red planet was flat. Proof shall be delivered!!!

All planets are flat! Not just in AoA, but in actual RL! I thought everyone knew that.

See you in the next playtest.

Had a trouble logging in - AoA didn’t recognize my password and didn’t send password reset. Used another email and got in. Play was lively and graphics incredible. Hard to tell who actually got a kill. Would hate to see my stats - had a lot of restarts!

Obv q - did you check spam folder for password reset mail? If it’s not there, please do let us know, and we can look into it further.

Glad you enjoyed the play and the gfx, and see you next time!

I joined the play test, but was unable do anything other than watch myself get blown up. I tried with both Chrome and Edge. No keys or mouse buttons worked at all.

Did you have a joystick or gamepad attached; looks like we may have a conflict where that seizes control overriding keyboard+mouse so will have to allow more cooperative control.

The test felt pretty good this week, but I can’t say I noticed much difference from the last test two weeks ago. Everything was smooth and responsive. Pretty much just a free for all hair ball. I couldn’t tell if there was any collision damage involved; it would be nice to know if we could ram someone else, even if it was mutually destructive. No way to lock on and stay with a target, but I guess that’s just a feature of this being an alpha. Very interested to see where this is going.

Glad it was all smooth for you. Collision damage isn’t currently a feature, and we’re still having an internal debate on whether it should be, or not.

Target selection / lock and radar should hopefully be in the next playtest.

The improved controls are great.

It seemed like I was getting a really low framerate when there were explosions or a lot of ships on screen.

Had a great time and looking forward to more.

Glad you liked the extra controls. On the framerate side, is there any chance you could run (if you haven’t already) a dxdiag or similar, if - perchance - you’re not a Windows user

and also a https://webglreport.com/?v=2 and send me both outputs? Either PM here or email to stormcrow@illyriad.co.uk

Many, many thanks in advance.

I’d like to point out that he killed me IN GAME, not in real life…
Anyway, the game was very nice, no glitches, very enjoyable

Thrilled you enjoyed it, and hope to see you next time round!

A way to respawn could be cool. Or set map boundaries. After flying towards the sun for a few minutes, and then realizing I wasn’t getting any closer, it took me a while to get back to the action.

Sshhh, don’t tell anybody… but simply hitting refresh (F5) on your browser will respawn you back in the centre of the map. Obv this is temporary, otherwise anyone losing a battle could simply disappear into the ether

Ugh, I just realized I should have named my username Icarus. What a waste of an opportunity.

Yes, yes you should have

Glad you enjoyed it, LTI!

heh, we haven’t turned LOCD (Large Object Collision Detection) on right now, as it’s easier to test without. However, you can tell we’re actually doing the detection by the bullet ricochets off the space stations etc. We’re just not bouncing you off them and/or inflicting collision damage - at the moment.

WASD/strafe are dependent on the particular ship hull. Different ship hulls, and different modules applied to any particular ship loadout, will have different modifiers to elements such as spatial translations etc. So - in the future - if you want more strafe translation - there’ll be things to fit your ship with (at, ofc, the opportunity cost of other module slots).

By scrollbar, I think you mean mousewheel?! If so, glad you liked it!

We’re certainly going to allow players their own keybindings in the future.

We don’t currently have inertia turned on; as things are right now, you can come to a full stop on a dime. This is actually a much better test of the systems in terms of interpolating positional data. Inertia can be used to hide a multitude of server-sync issues (much like wind-up animations in most other MMOs), and so we’re deliberately running without inertia atm. However, inertia is certainly going to be added to all ships in the future (eg a massive cargo carrier shouldn’t have the same 0-60km/h as an interceptor!).

Really glad you enjoyed it, and really look forward to seeing you next time!

Managed to get into the play test fine, albeit a bit late, no hitches, pilot created easily enough:

Thanks v much for playing, and for your feedback.

Delighted it ran smooth enough for you. We will be adding specific directional indicators for incoming fire, so you know from which direction you’re being hit.

Fab that it ran OK on a reasonably old-ish spec box. Any data you might have collected (or can in the future) on framerate etc would be super-useful.

Super easy to get my pilot signed up and into the game play, that was great. I agree with some comments above that the WASD keys did not seem to do much at all. I did have some frame rate lag especially towards the middle when there were a lot of people playing. My biggest grievance was my dpi on my mouse was pretty high and I was jumping all over the screen at first, I think some warning of that could be helpful before game play. Ultimately really enjoyed it. Thanks!!

Very happy you enjoyed the experience, and welcome to the AoA community!

Yeah, the sign-up and straight-in is pretty awesome, we think

As mentioned above on the WASD front… each ship hull has different parameters (and we’re all, currently, in the same ship), and you will also be able to fit modules into your ships to improve specific aspects of the flight envelope, in the fuller game.

Mouse DPI - is this the same as sensitivity? iirc, this is defined at your local computer end, rather than ours. However, this could be that you weren’t necessarily expecting the ship to be quite so responsive/lively as it was! The hull you were flying in this playtest is basically a fast frigate, and at the higher end of responsiveness; plus we didn’t have inertia turned on for this playtest either… and it could be that both of those combined to make you feel you were wrestling a live eel

Yeah, the dpi is the sensitivity. And you were spot on it is on my side, I just would have turned it down if I knew the game was so responsive and required more minute movements. Still great fun though!

I did have some frame rate lag especially towards the middle when there were a lot of people playing.

Sorry, I didn’t address this in my earlier post. Any chance you could give me some of the specs of your box?

A dxdiag report would be super-useful, which you can either PM to me or mail to stormcrow@illyriad.co.uk - can talk you through running one if you’re not sure.

Many thanks, again, in advance.

Yeah, the dpi is the sensitivity. And you were spot on it is on my side, I just would have turned it down if I knew the game was so responsive and required more minute movements. Still great fun though!

Great, and I mean great to hear!

No problems logging in. Controls were smooth and it ran very well. I played mainly using the mouse.
Was really fun and the time went so quick. I thought I was doing well and got quite a few kills but the results say otherwise

Ah, yes I did. I didn’t even think about that.

No problems logging in. Controls were smooth and it ran very well. I played mainly using the mouse.
Was really fun and the time went so quick. I thought I was doing well and got quite a few kills but the results say otherwise

lol - my results say much the same thing. But delighted to hear that the time passed swiftly by, and you didn’t experience any issues!

See you next time.

Some footage from the playtest! 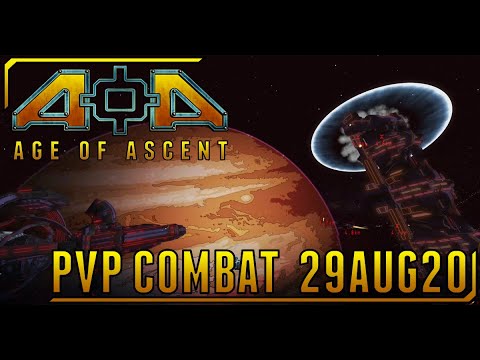 See you in space, next time round!